I have know her and her husband for 30 years now.

Also from way back when.....Bob

since this obviously does not deal with friends, but I've seen two presidents; oddly enough neither was during my years in the DC area. ( When I sang with my HS choir at the Pageant of Peace, LBJ wasn't there; neither did he attend the presidential baseball opener I went to (HHH threw out hte first ball).

The two I saw were JFK going down a nearby street from our home when he came to Columbus to campaign for the governor, and Nixon when he came to Penn State shortly after he was inaugurated to attend the funeral of his uncle who had been a prof there.

Was that before he was a wrestler?

My kid has lot's of famous friends. . . we used to frame pictures of him with them. He decided to stop but we have some great pictures.

We know Noel "Paul" Stookey from Peter, Paul, and Mary. He got a hold of my son a few weeks ago. He and my husband prayed together on 9/11.

We have met Peter and Mary through Paul.

I used to do book signings. I got to meet some interesting authors and hand them the books to sign. The nicest most down to earth was "Mankind" the wrestler. He had his daughter with him and she colored while he signed.

The rudest was also a wrestler "China"--won't even go there. Just unpleasant.

I was the cool mom for a bit because my son and his friends were into wrestling and I brought them and they got to meet those two.

Our company also did TLC's album party, but I didn't get to meet them.

My hubby met the President of South Africa Thabo Mbeki. Had his picture taken with him and we never got the copy.

I was an altar boy when I was a kid (Greek Orthodox) and have the dubious distinction of fainting in front of the congregation one summer Sunday morning...Some thought it was an act of God...Whatever, I did get a drink of water and 3 acting offers!

This has nothing to do with famous people, but I am an opportunist and when I see a crack in the door, I jump in...probably whats kept me out of the high paying jobs all my life? 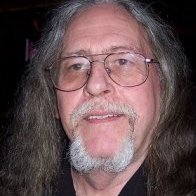 Back in the 70's I worked as a "roadie". I had the rare opportunity to work backstage for Peter Frampton. It was among his first "gigs" in America after having done well in England. He did a show for merely $5000 in a rather run-down theater which held only 300. We could tell he was not very pleased with the place.

I saw his guitar case backstage and opened it to see a BEAUTIFUL black Gibson. I play a bit myself, but am rather better at tuning them. As I plucked the strings, I noticed the high E string (the last one) was a bit flat, so I tuned it up. Little did I realize that if Peter had known that, I would be in BIG TROUBLE! To him, it is like BB King to his "Lucile".

I had the pleasure of escorting him across the street for a Live Interview with a local FM station (in Dayton Ohio). He was rather short, but gets up there a bit with 5" platforms. We talked about lots of stuff (but didn't smoke any together...ha! ha!) and had a good time.

When he played "Do You Feel Like I Do", you should have heard those 300 sound like 3000! WOW! Such an amazing talent he has!

Later on, he made it big with his "Frampton Comes Alive" album which went gold, and then platimum. We tried to get him back, but he was BIG CHEESE by then and the phone call ended with a remark from him I will not say here...har har...

So much for my "claim to fame".

Ive met my share of famous people, seen a bunch more on the street, opened a door for them or had them offer me a parking spot or just kibbitzed with them for a few minutes or something..Its not really like I "know' them all that well

I had a little surprise today -I was having a conversation with my friend Ed who Ive known for about 6 or 7 years--turns out when he was a kid he lived two doors down from Norman Rockwell and was the child boy model in a lot of his paintings.

anyway... this is Ed as a child in some pretty well known Rockwell illustrations

He's in a bunch more. Now he's inhis 60's and a great handyman--if you ever need a tool fixed--Ed is the guy