Did Jesus Rise from the Dead?

If you are asking this question in earnest, you might want to consider exploring the works of Joseph Campbell.... The Power of Myth/The Hero's Journey/ etc. etc. etc.   The Hero With A Thous

Tell me there's another way to read this (and by all means, go to the original post. I'm truly not doing the "evidence" part justice). Why would God deliberately make it harder for smart people t

Ok, TLC. Look, if you want to make this thread about your stamp of approval on our questions and answers, you go ahead and do that. I am deeply sorry that you do not have the patience or con

This morning I woke up because my alarm went off.

Actually, I woke up about an hour early because I had a dream that my alarm went off.

Anyway, I got up, prepared lunches for the kids, walked them to school.

Now I'm at my office, 25 miles away from home. Made the trip instantaneously via a teleporter in my garage.

At some point, hopefully, you stopped believing my story. You didn't prove it wrong. You barely entertained the possibility that it was true. You said, okay, this and that make sense, but that doesn't make the last part true. If someone were to demand that you accept all of the story or none of it, you would laugh. and not politely.

Because the first parts of the story are ordinary. They don't require you to believe anything other than a normal person had a normal experience. Sure, it's possible they are not true. But it is also inconsequential and mundane.

But once the story became fantastical, your innate skepticism kicked in. Teleporter? You have a teleporter in your garage? No you don't. End of story!

If I were to insist that it were true, you would demand proof. My testimony would be inadequate. Signed statements from witnesses might get your attention, but you would still be skeptical to say the least. Give me a belief, and I can find a group of people willing to express it. Ask Marshall Applewhite. Oh, wait, you can't. He and a bunch of his followers killed themselves to hitch a ride on the UFO trailing the comet Halle-Bopp. For real. So even if I got a bunch of people willing to swear that I teleported to the office today, you wouldn't believe it. That evidence would be inadequate for you to draw that conclusion.

Ok, so here's my trump card: If I did not teleport to work today, how do you explain the fact that there's no teleporter in my garage right now? Obviously, the answer is it teleported with me to my office. Go ahead, look in my garage. You won't find a trace of the teleporter. That proves it works!

Umm, no it doesn't. You're asking me to prove that something left the garage when you can't establish it was ever in the garage in the first place?

You need better proof than an empty garage!

And it goes on. Point is, when people make ordinary claims, the evidence required to believe such a claim is as mundane as the claim itself.  But, as the late (and quite imperfect) Christopher Hitchens used to say, extraordinary claims require extraordinary evidence.

That a man who led a religious movement in the first century was persecuted for it is not an extraordinary claim. That he was executed by the Roman authorities for claiming he was a higher authority than the emperor or somesuch is, again, not an extraordinary claim. That the execution took place at the behest of legally zealous Jews who were so determined to kill him that they rushed to have it done via illegal, overnight sessions instead of preparing for arguably the holiest day on their calendar defies credibility. Still, could happen. But some evidence would be nice.

That this condemned man was buried in a manner atypical of other condemned and executed criminals is perhaps a little less ordinary, but still credible. That the crypt or tomb belonged to a man from a place history does not record makes the claim a tad suspect. But okay.

That people would want to go to the tomb any time after the burial to anoint the body with spices is... well, to our ears it seems absurd. We would probably want evidence that such a custom was not unusual in Biblical times. Again, a little bit of an unusual claim, but not improbable. You just need evidence. Not much. A little bit will do.

Now, if you want people to believe that this guy got up, was a master of the art of disguise, could teleport in and out of crowded rooms, and flew up into the air after 40 days never to be seen again except in certain pieces of toast, you're going to need some real evidence. "It happened because it's hardwired into our collective imagination" is not even English, much less evidence.

His apostles saw him! We don't actually know that from any of the apostles. Not one of them wrote anything making any such claim.

But what about Pentecost? We have zero evidence that event ever happened and significant reason to believe it did not -- thousands of converts in a day? Yuhright. Do you know how loud you have to speak, without a microphone, to get thousands of people to even HEAR you, much less hear enough to agree with you to the point of changing religions because you were so persuasive? Just think practically. If you went to the Rock in, let's say 1982, and while you were there a handful of people started preaching that Wierwille was wrong to get rid of so-and-so in the 70s, but if you followed so-and-so you could have an abundant life beyond Wierwille's wildest dreams, how many people do you think would be persuaded? Some, to be sure. But 100? Fat chance. 1,000? Please.

I mean, you might persuade tons of people eventually. Look at what Geer pulled off. But it's going to take more than one speech.

But what about the empty tomb? What empty tomb? The earliest Christians never venerated or preserved the site of the tomb. Paul never mentioned it. There's no record of the empty tomb being part of the gospel story until decades after it allegedly happened. You want me to account for the fact that Jesus is no longer in a tomb you can't prove he was ever in? Condemned criminals didn't get tombs, and Joseph of Arimathea is a fictional character from a fictional place (the name of which translates to "best disciple"). Fictional characters don't donate their tombs to real people.

Were it not for Paul, Jesus would have vanished from history as surely as every other Messianic claimant of the first century.

Now I'm at my office, 25 miles away from home. Made the trip instantaneously via a teleporter in my garage.

When I read this part, I believed it. Not in a literal sense, but metaphorically. My wife has an office in our home and works remotely. So, my mind automatically assumed you must have an office in your garage, the "teleporter" being a computer. Will people 2,000 years from now know what a computer was?

I'm currently studying an Asian language. I have no delusions of ever becoming fluent. There just aren't enough years left in my life for that sort of growth. Someone once said that it's not about the destination, it's about the journey. That's how it is with me. Now, as part of my studies, I'm reading a book that is comprised of about a dozen classic folk stories that have been passed down through the ages by way of oral tradition. These stories have continued to survive because they have been used to teach certain values such as patience, diligence, modesty, wisdom and so on. Studying them is supposed to improve my reading skills. So far, so good. When I read these stories, am I to believe there was once a tortoise that raced with a hare and won? Or, that the sun and the moon were once a brother and sister who ascended into heaven on a rope to escape an evil tiger? Well, the answer is, of course, no. But, what I can believe is that these stories teach valuable life lessons that are worthy of  preservation.  Where I might get into trouble, though, is if I start believing I can climb up to heaven on a rope.

Yes but the books need to be stamped fiction.  Or else the reader might be spurred to debate the story.

You realize they didn't DO that in the ancient world, right? Might have saved a TAD of trouble if they did.

Trouble with what and for who?

Your argument is that the Bibile doesn't say it's fiction.  And that confuses people.

Correct, and books with talking snakes, talking donkeys and magic men who walk on water before flying off into the clouds shouldn't have to be labeled fiction, but here we are 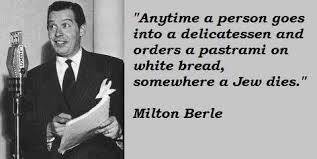 If you are asking this question in earnest, you might want to consider exploring the works of Joseph Campbell.... The Power of Myth/The Hero's Journey/ etc. etc. etc.   The Hero With A Thous

Tell me there's another way to read this (and by all means, go to the original post. I'm truly not doing the "evidence" part justice). Why would God deliberately make it harder for smart people t

Ok, TLC. Look, if you want to make this thread about your stamp of approval on our questions and answers, you go ahead and do that. I am deeply sorry that you do not have the patience or con