Interesting.  I threw those out as soon as I got them, every year.  It made no sense to me that a ministry that taught when Jesus Christ was born would send out Christmas cards.

there is one from 1985 called The Hope

I wasn't involved with TWI at that point.  Who is the teacher?  LCM?  I used to like his teaching style when I first started going to fellowship, but his ego started pouring out of him and ruined it.

........ and unexpectedly found a bunch of Sunday Night Service and Sunday Teaching Sevice audio tapes and VHS.  Most are from the early 2000s before we left, but there is one from 1985 called The Hope.

That teaching tape is from March 1985.....the last Sunday teaching of victor paul wierwille.  He died two months later.

Wierwille always took to the podium near March 17th....in honor of his older brother, Harry Ernst Wierwille's birthday.  In fact, twi made a tradition of it after H.E. died in the Fall of 1977 when vpw instigated the "Burn the Chaff" [travel light] weekends in 1978 and onward.

If I recall correctly......this teaching "The Hope" was sent out as a *tape of the month* and long-standing wayfers treasured it for its significance of being wierwille's "last teaching."  And, then....it was doubly significant, because he taught "The Hope" and died two months later. 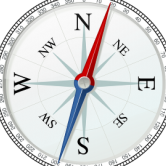 I burnt up a lot of good music Albums during those UH Days in the late 70's.

And a few books. Black smoke heavenwards. Not quite incense. Burnt the wrong books.

That teaching tape is from March 1985.....the last Sunday teaching of victor paul wierwille.  He

Ha!  I wondered if that could have been THAT tape.  It is amazing how much of the weird details of TWI are falling out of my memories.  Things that used to be so INCREDIBLY IMPORTANT.

I will have to go through that box and see if there are any more "gems" in there.  I will let you all know what I find.

It's like finding a pile of Bigfoot poop. Rare? Certainly. Possessing any intrinsic value? You be the judge.

In case anyone cares,  Mike (a poster who all but worshipped vpw) claimed that AFTER that teaching, vpw's "REAL" last teaching was "The Joy of Service."  The "the Joy of Service Transcript" has been posted here twice (posted by dmiller, reposted by me) and can be found if anyone cares enough.  It was a verbose COMMERCIAL for twi.

BTW, anyone who wants a quick summary of the main points of that entire transcript, it's simple. I said it before:

"Serving people is important for Christians.  Therefore, master all three levels of PFAL and serve them that. There are no answers outside the Way Ministry."

That tape was probably VPs last ever teaching at the auditorium. It would have been dated April 21, 1985. I saw the video of it. He looked disorientated at times and he used verses of both Paul and Peter alluding to their imminent deaths. He knew he didn't have much time left. But I'm sure, to a lot of people, it would "prove" you were in a "cult".

We bought our first house a couple months ago.  In debt for $185,000 plus interest.  Happier than happy to be in our own home finally.  It only took me until the age of 46.

But...  we were going through boxes and came across one marked "wedding" and unexpectedly found a bunch of Sunday Night Service and Sunday Teaching Sevice audio tapes and VHS.  Most are from the early 2000s before we left, but there is one from 1985 called The Hope.  How we got that one is a funny story.

Before my husband and I left HQ from being on staff (2005), a bunch of younger gentlemen (twenty somethings) on the grounds crew got their hands on a bunch of old teaching tapes from VPW and LCM from the time before Rosalie came on.  And the tapes were not bore you to tears teachings.  (They were totally full of terrible doctrine and swearing, but heck if they were BORING!)  Well...  there was a culling of the teachings happening and teachings that were not Rosalie-approved (or were extra) were being thrown away from the archives.  So these guys just loaded up on contraband teaching tapes from the days when TWI still had some spunk to it.

I think that is where the 1985 The Hope tape came into our possession.  I never listened to it.  I hate listening to recorded teachings.  Plus, I had a wedding to plan and was sleep deprived from working as a housekeeper.

I will open that box again and see what else is inside later on.  Thankfully I no longer feel like I have discovered a demon when I find stuff like that anymore.  The husband said, "WHOa!  We gotta keep that so we can prove we were in a cult later!"

JJ, I think that might be the last teaching VPW ever did.  I saw it once, and it was obvious, he was very, very sick.  His eyes were off; I think he had a major eye problem(?)