I think for all that money, all they got to show for it was a gold plated turd..

Hey...is that on display somewhere in the WOW Auditorium?

No idea how I came to miss this thread when it started, but glad to see it got bumped up...

...if one can be glad at reading such a sickening account of systematic abuse...

I feel sick at reading Krys's account. And her son and DIL were only two of ... how many? How many did this happen to, over the years?

Krys, thank you for sharing. Best wishes to your son in his new life. Your DIL too. She had some very difficult things in her head to deal with. She probably still does have.

Seriously, does anyone think they would actually have shot anyone? Or was it just a scare tactic? It would be sooooo difficult to explain that away. There would be police involvement. Careful interrogation and statements. That would really blow the lid off the abuse.

"Just seems like very few SHOUT FROM THE HOUSETOPS the twisting of scripture, the deceitful doctrines, the lewd behavior, the secret agendas, the wierwille idolatry, the pyramid of power, the raping and abortions, the wholesale plagiarism, the cult mentality and isolation, the use and abuse of way corps, the grooming of lcm/geer in the image of wierwille, etc..

How many splinter groups/ wierwille-imposters are there nowadays, anyway>??????"

Penworks response: One is too many.

Plus, without a charismatic leader anymore........twi has resorted to *bringing back from the dead wierwille-idolatry and the over-the-top adulation of emeritus trustees. The Multi-Level Marketing administration is firmly in place and "business as usual" has gained residency once again.......as well as the "serf system," the corps program.

Wow this is so true. New people might show up from time to time, but as soon as they get a whiff of the boredom of the STS, it's over.

Also true how there's more emphasis on VPW again. If I hear references to "our founding president" or any variation of it just one more time, I'll choke on my own vomit....

A recent teaching I heard went into some length about how our "leaders" are chosen by God, and we should basically listen to them as Him. There again, I was retching inwardly...

ps. sorry to bump this, didn't look at the year...

And yet, Paul M threatened to personally throw me off the top floor of Indiana Campus if I opened my mouth,when I told him my wife I & kids were leaving because of the adultery we saw going on at the campus !!

can't say i love him for that

And yet, Paul M threatened to personally throw me off the top floor of Indiana Campus if I opened my mouth,when I told him my wife I & kids were leaving because of the adultery we saw going on at the campus !!

can't say i love him for that

telling someone the truth, or even ASKING UNCOMFORTABLE QUESTIONS.

told me more than I could have found with a lengthy interrogation.

Plus, it didn't intimidate me in the least. I was far too quick for him to tag me.)

I was just going to let this die a natural death. However....it is important for many of you to note the dates of these incidents. They were all in 1998...concerning my DIL - went back approx 5 years I think.

Some of you may not realize this or get the full impact. You may be aware that these shenanigans went back to old doc vic's time....but didn't realize that lcm was also heavily involved. Granted 1998 is12 Years ago....but...how much would you bet that similar things occur to this day? Would you bet you daughter's life on it? Your wife's?

Good lord, look at the heartbreaking account of poor Tom Mullins when he couldn`t get his wife to leave the mog.

Is this account posted somewhere here at GSC? If so, can someone provide a link, please? Or suggest where it might be found?

Thanks so much for telling this account. I'm so sorry for the hurt for you, your son, and family. So thankful your son is now living a much better life.

Good lord, look at the heartbreaking account of poor Tom Mullins when he couldn`t get his wife to leave the mog.

I wonder if instead of Tom Mullins this is referring to Tom Mitchell, late husband of Ramona, that was discussed in Catcup's editorial "Driven to Suicide"?

I don't believe that happened to Tom Mullins. He was a Region coordinator when I left in 2002. As far as I know, he and his wife are still in TWI. And he is still alive and kicking.

I don't believe that happened to Tom Mullins. He was a Region coordinator when I left in 2002. As far as I know, he and his wife are still in TWI. And he is still alive and kicking.

Thanks you abi; now I see.

Yes it takes a long time to recover from something like this. I know I'm not finished healing from it. It turned my husband off God completely. My son tried to reconcile with his wife but they just couldn't get it together after this. It wasn't a matter of trust, my son says his (then) wife had her whole head so twisted around by all this, that it seemed to him she couldn't consistently continue with rational thoughts and processes.

Even as much as 2 months afterwards, she was still roaming around from room to room thinking she was on vacation somewhere. It wasn't real to her that she needed to start looking in the paper for a job. She just could not get it together. They found a small apartment not too far from where we lived, and they went off to see it. They took separate cars because she was going to look in on her mother afterward (so she said) but she was not seen again (by him)! Shortly after this, she went home to our house and packed her things while I was at work and lived with her mother for quite a while.

Her father told my son to let her go - - she was so much like her mother - - and who else would know?

It took a long long time for him to start coming out of it. I think he recovered faster than I did.

Now, he's remarried to a wonderful young woman who really loves him. He makes an excellent living and really enjoys his life.

At some point, we must let it all go. Otherwise the weight of it will drag us down and keep us from doing anything that remotely seems like living some kind of fulfilling life. I didn't want to do this initially. I figured that as long as I kept it all in the front of my memory, I could shoot "bad vibes" at them.

What was I thinking? I dunno. I think I was just reacting to the hurt in my heart. Even after I let it go, there were still times where it was on my mind at least once a day for a long time. I think it was years until I realized I'd gone several days without thinking about it.

Please don't let stuff like this swirl around in your brain.

I was back-tracking on a few of Skyrider’s threads and so got into this one….I was so stunned and upset by your account as quoted by Skyrider in the Timeline Insanity on Steroids thread  that at the time I did not know what to say to you on that thread.  But I am glad I followed up and read this thread.

One thing disturbs me very deeply - the far-reaching effect of those f0ck1ng predators. I cannot imagine or relate to what you and your family have experienced. But for my own issues, mental baggage, etc., I just wanted to say your posts on this thread are a great source of encouragement…and another reminder I am still not finished healing. I really really really appreciate your honesty and courage. 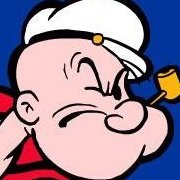 A BIG THANKS TO MR ALLEN,KRYS,SKYRIDER AND MANY MORE